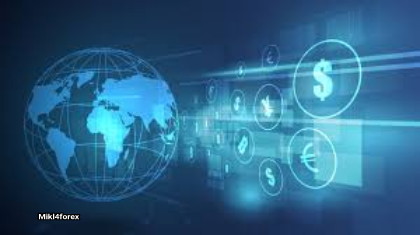 Explain the most important areas and differences forex

What is forex. This question is on the minds of many people because forex has become more popular than before, forex is the trading of currency pairs, for example the euro against the dollar or the pound sterling, and the forex market is the e-commerce market and it is outside the stock exchange where investors and customers buy currency pairs And selling them through this market, and currencies are considered the economic tools on which all countries are based, and the forex market has many large bodies such as commercial and central banks and other different banks, as there are many other large bodies.

The forex market is the largest trading market in the world with more than 6 trillion US dollars being traded per day, and more than 254 billion dollars are traded per day through contracts for difference and other derivative instruments, because forex is the largest trading market in the world It allows everyone to enter and exit deals with ease, it should be known that the forex market is a volatile market quickly, and this is what works to provide many different opportunities for investors by making profit by taking advantage of market movements, whether these movements are positive or negative.

What are the most popular forex pairs?

Forex Explained – What is Forex Contracts for Difference?

The forex market is very large, so there are a lot of ways you can profit, there are two ways, the first is the CFD method, and the other method is called the margin and this method is called spot forex. The euro, and you can sell it after its price rises, and the profit in this method is in points that are the difference between the percentage of buying and selling, there is the other way, which is contracts for differences in forex, where instead of buying and selling currencies, you can benefit from price movements without owning them in the first place. The movement is represented in the prices of financial instruments. CFDs are also available in the Forex market on stocks, indices, bonds, commodities and many other things, while CFDs enable you to trade on currency rates and price movements without buying these currencies in the first place.

Who is a successful trader in the foreign exchange market?

Reasons to invest in forex